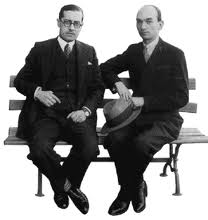 Sometimes you just need to have a good look: these symbolic, mystical titles in French and Catalan, and a dedication: a l’amic Frederic Mompou. And the musical similarities.

Manuel Blancafort de Rosselló (1897-1987), although he received his first music lessons from his father, and later had harmony lessons with Lamote de Grignon, is actually the unknown younger brother of Frederic Mompou. It was the latter one who urged him to continue composing, during their long periods spent together at the family health resort of Balneario Blancafort at La Garriga, near Barcelona. They became friends for life.

As a young man, Manuel Blancafort worked in the pianola roll factory of his father, and in its service travelled all over the world, later he started a factory for beauty products (“Perfumes Blancaflor”), a cosmetics laboratory, worked for an insurance company, and for the publishing house Ariel. This to sustain an expanding family of eventually eleven children. And in the meantime he composed, lover of silence and seclusion, and was closely involved with musical life in Catalunya…

And you can close your eyes and imagine the landscape going with it just like that – and make yourself ridiculous, when times are changing, or information becomes available. So that’s what we are going to do right away. Times have changed already long ago.
1. Road of the Solitary

Pianissimo, murmuring: it comes in layers, three in this case, sounding wide apart. A monotonously ongoing line which wanders irregularly along the same few notes, a horizon?
A steep, empty pattern underneath it. And over all this a simple, ascending, descending melody which seems unable to make up its mind, ending every time on a slow, single thrill, a bit higher, a bit lower. It stops.

Then a sort of clumsy dance, again and again a few steps made of piled up empty fifths, a little longer, shorter, probably a memory of something cheerful (this indirectness clearly audible). It sounds like a dry, rocky landscape in which every now and then scraps of meaning appear in seemingly accidental, angular leaps, ending in an eruption of… regret?

No, that’s enough. This is not the entire piece, and the other three are just as sunlitsharp and evocative. Their musical means: wide, unfinished sounding chords, or on the contrary tight and wrenching, as if each sound is imagined anew, and tasted. Searching, hesitating melodies, stubborn rhythms, stagnation, sudden movement, harsh contrasts, and always, as if by accident, the appearance of different layers, counterpoint. And nevertheless it all sounds softly, melancholically.

This music wants to reinvent itself from the bottom up, to look for the unhampered expression of its dream-clear wordless images. It is not sociable music, it is meant for every single one of us, for the dreamer in the silent, locked-away world of our lonely hours.

Description: 32 short to very short pieces without titles.
The order is according to tonality, along the circle of fifths (major & minor); first sharps, and from no. 16 on flats.

Availability: not in print anymore (as far as I know)! Antiquarian copies can still be found relatively easy. 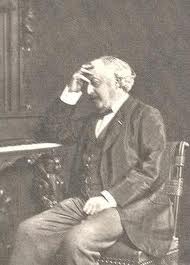 Stephen Heller (1813-1888), born in Budapest, and after a traumatic period as a travelling infant prodigy stranded in Augsburg in 1830, lived in Paris from 1838. Though he befriended celebrities like Schumann, Berlioz, Chopin and Liszt, he lived, increasingly aloof from all fashionable fuss, for music, his beloved books, and far too many cigars. After 1871 he slowly became blind. Out of his 158 opus numbers, (almost exclusively for the piano) only some six are still in print. And that’s a pity!

(It will not be easy to find a work in the collected enormous piano literature, which while making such moderate demands on the player’s technique expresses with such sonorous beauty such a rich content in the smallest, but always interesting and enticing forms. (…) Play yourself, and discover!)

…and this still holds true in the ever ungeheuerer labyrinth of piano music. Clear as water, one piece tumbles over the other, some only two lines short, but always full of atmosphere, rich in contrasts, precise and lovingly, and often surprisingly capricious. Many pieces talk, or depict a short dramatic scene. Others sing an old song, or a lonely melody, or a careless walking tune, through which the wind blows. You hear it, and it has already gone. Heller, city-, chamber-dweller, hermit: of course a lot of it has to do with nature, a glistening nature which never really existed, except during short moments, or in romantic stories, poetry and painting. And in movies, shopped photos, tourist brochures and mythical games, in short in the heads of us, dreaming city dwellers, for we recognise him.

And it’s German music, and German nature. Not surprising though for a lifelong admirer of Schumann. Heller corresponds with him from as early as 1835, and writes for the New Periodical for Music, founded by Schumann. The latter reviews seven of Heller’s opus numbers, calls him a real romantic, an artist’s nature, and writes that they have a lot in common.

Of course there are differences. Heller covers a much more limited area. All his life he only writes for the piano, and obviously feels most at home in the smaller, the smallest forms. His music, alert and inventive as it is, never gets severe, or elaborately polyphonic, never massive and awe-inspiring, but in essence always remains naïve and direct; an idea, melody, harmony. And timbre! In this he resembles Schubert a little bit. And maybe, by rarely trodden paths round the back, has had more influence on French music after his death than we know. But that’s for another time.